Additionally, you can run containers on your desktop using vctl.exe. For a general comparison, think of vctl.exe like the docker CLI (commands).

To use the new features in Workstation, it’s a two-step process:

Workstation uses a proprietary container runtime, CRX, based on containerd. CRX stands for “Container Runtime for ESXi.” vctl.exe and kind create containers on CRX VMs. Each CRX VM is a new container runtime. A CRX VM includes a fast booting Linux kernel and minimal container runtime inside the guest. Since the Linux kernel couples with the hypervisor, it has many tweaks to paravirtualize the container. For more details on CRX VMs, read “Project Pacific Technical Overview” or “vSphere 7 Pods Explained.”

I couldn’t find any great resources on what vsctl.exe could or couldn’t do. Most of the documentation lacked the broader picture beyond single command examples. A lot of my discovery was trial and error. 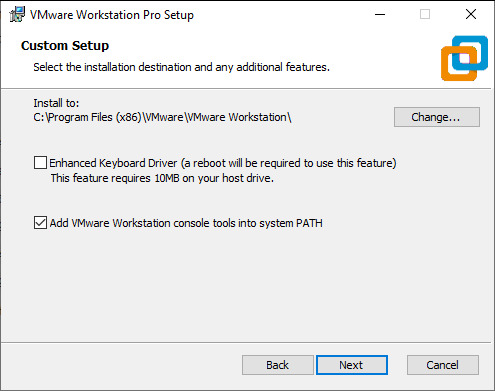 The vctl-based KinD context is lost after you close the window. To retrieve an old context, run vctl.exe kind again. The official “using kind” docs are here.

Create a cluster with kind#

First make a general config file (config.yaml). I was unable to get node labels to work, so let’s keep this example simple with a 3 worker and 1 control-plane node.

Below are sample commands to inspect the new Kubernetes cluster.

If you close the Powershell window, get back in with

Stop the containers and containerd runtime

If you want to be more graceful, delete the kind cluster first

To purge all container data on your host, delete the content in

Would I use Workstation to run containers instead of Docker on Windows? Probably not.

If I had concerns about container tenant isolation at the host level, I would consider Workstation. Also, if I wanted to push container performance, I would look closer at Workstation’s benchmarks. At that point, it might be worth evaluating cloud options with temporary high compute workloads.

I feel guilty for saying this, but I was hoping to see the containers in the VMware Workstation GUI. Having all virtualized containers and machines under one system would be great. Also, in my dream world, I could change the state of containers in the GUI. At the very least, a GUI for triggering vctl.exe (docker-esque) commands.

It’s still awesome to see innovative solutions like this for embracing containers in consumer products. I look forward to future iterations of Workstation.